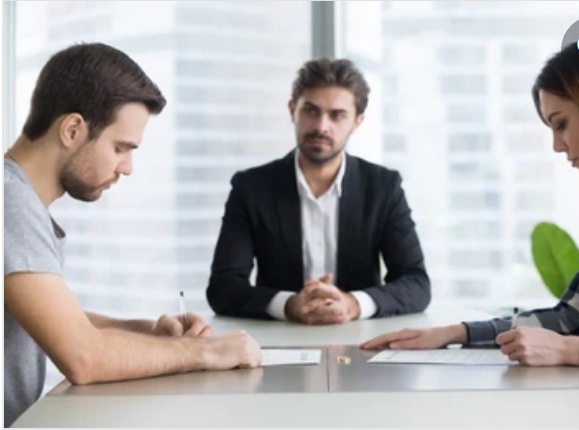 The divorce rate in the United States has been increasing steadily since the 1970s, and over 50% of marriages today will end in divorce. But not all divorces are created equal, and although it’s tempting to lump them all together, there are many differences between legal separation and divorce that you should be aware of if you are considering sending your marriage or if you are involved in a legal separation.

As each state has its own set of laws regarding divorce and legal separation, it’s important to have a legal separation attorney who can assist you in understanding the law as it pertains to your particular situation.

A divorce is a legal proceeding in which a married couple decides to end their marriage. The grounds for divorce vary from state to state, although a few core issues typically determine whether or not a court will grant a dissolution.

If you and your spouse can agree on these issues—especially if you have already lived apart for several months—you may be able to file for divorce by simply providing some basic information about your situation to a family law judge. In other cases, however, couples must engage in lengthy litigation with their spouse over matters such as spousal support or property division before they can formally end their marriage.

2) What Is Legal Separation?

Before getting into what is legal separation, it’s important to first address some of the myths surrounding legal separation. Many people think that if they decide to go through with a legal separation instead of divorce, their spouse won’t be entitled to any rights or money—but that isn’t true. Legally separated spouses are still married and subject to all of marriage law—including child support, alimony, etc.

If you are considering a legal separation but are concerned about your husband or wife being able to obtain certain rights related to your marriage (such as custody), consult with an experienced legal separation attorney before making any decisions.

3) Is Legal Separation the Same as Divorce?

To most people, a legal separation is very similar to divorce. In fact, for most couples who have been legally separated for many years, they may think of themselves as being divorced. But there are a few differences between being legally separated and being divorced. Legal separation allows couples to have a court order outlining all of their marital agreements with which they must comply until their case goes before a judge again.

The main difference between a legal separation and divorce is that a couple can live apart while still married if they’re legally separated but not if they’re divorced.

That also means that if you file for legal separation you will remain married. Legal separations can be advantageous because a couple has a chance to fix some things without going through an expensive divorce. Plus, during a legal separation period, neither spouse can remarry—which means you won’t have to worry about someone else getting your ex-spouse’s half of your property or what you owe on one car or other shared debts.

There is no time limit on how long someone has to be legally separated before filing for divorce; it depends on what state you’re in and what stage your paperwork is in at any given time.

4) Why Do Couples File for Legal Separation Instead of Divorce?

While a legal separation can’t dissolve your marriage, it can help in a number of ways. For one, a legal separation typically comes with temporary alimony and child support provisions, which can provide financial stability while you separate from your spouse.

Additionally, when you file for legal separation instead of divorce, there is no public record of your separation—so if you want to preserve an air of mystery about your personal life, it might be in your best interest to go that route. Plus filing for legal separation versus divorce will prevent one party from trying to collect spousal support from his or her soon-to-be ex.

When trying to figure out whether to divorce or legally separate, there are many factors that will play into your decision. This guide will help you understand the differences between legal separation and divorce, what to consider in your decision making process, and how to get the most out of your legal separation or divorce if you choose that path.

What are the benefits of installing Air Conditioning?

What Is Considereds a Plumbing Emergency services?

Can I Be Forced to Pay Child Support If I Don’t Have a Job?

The stock market investment is not just grasping the number game. There is much more you need to learn to know the intricacies of the stock market. Therefore enrolling, in a stock market training institute lets you learn the market and its various tricks and tactics.

Are you planning to enter the stock market to buy and sell stocks? Do you know how to invest in stocks and what is the right time to put in money? Well, experts of a reputed stock market training institute have the answers, but if you are wondering how to access the services of experts, you need to know about the statistics of each stock and the condition of the market.

With millions of worldly pleasures in your wake, the one constant emotion is art. No matter what form it is in, art with its beauty, ambience, creativity, history and culture will always amaze you beyond your imagination. Music, Dance, Painting, Storytelling and many more are different art forms that have evolved over the past years. Today we will talk about one of the most famous art forms- Abstract art.

Abstract art has been in our culture for centuries, where artists from all over the world appreciate the idea of creating a masterpiece that different people interpret in different ways. There has been a decade-long cultural debate over what the traditional meaning of a creative piece is. Abstract art, just as the name suggests, is abstract in its form, i.e., many people will understand the same skill in various ways, and there is no wrong way to scrutinize the piece.

Tips for Booking a Homestay to Enjoy an Immersive Travel

A homestay offers the optimum blend of an immersive travel experience and travel freedom. Booking a homestay is pretty appealing for adventure travelers looking to shake up their travel routine. When you are a guest at a homestay, you will not only meet the hosts and their families but also their friends and neighbors. That way, you will be able to increase your own social circles and foster the chance to form new friendships.

Curious about why and how to book a homestay? Here are a few tips for booking a homestay to enjoy immersive travel.

Immerse yourself in the local culture of the destinations you visit as it is a great way to see beyond the guidebook recommendations and must-see attractions. When staying with your host family you will have the opportunity to accompany them to local clubs and societies, as well as social events like…